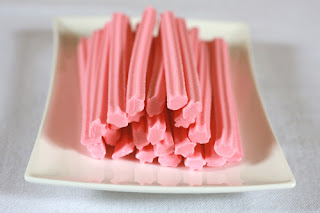 Our Current Fix:
Michele is stiiilll knitting on Clincher.  She has swatched for the Saturn Sweater.
Jill is close to finishing 22 Leaves Shawlette and is 8 inches into her Downton Pullover.  They are both for the FIFO CAL.  She finished her Spun Right Round BFL in Koi.

What We're Jonesing For:
Michele is looking at washcloth patterns to make for her coworkers.  Circle Point Washcloth by Glamour4You is a good candidate.  It is the crochet version of the Almost Lost Washcloth pattern.
Jill is wanting to make all the things.  She is looking at Joji Locatelli patterns for the Joji Fall KAL.  She might make the Jenica Hoodie in Cascade Eco +.  Or maybe buy the Imagine When shawl pattern.  She wants to make Merrick, the Elephant Man soon.  He is disgusting and adorable.  She has also been loving the new Vogue Fall 2015.  Her favorites are the #05 Seamless Cap by Audrey Knight, #12 Cocoon Vest by Theresa Schabes and the #26 Segmented Shawl by Michael Dworjan.

Random other stuff:
The Bacon Jams
Bachelor in Paradise
Musk Sticks - want to make your own?:

Michele and Jill talk about what streets they took to get to the podcast. 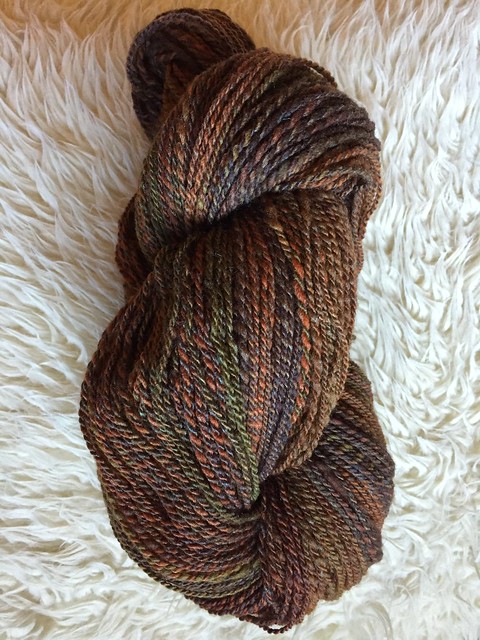 She is now onto a 4oz braid of Spun Right Round BFL in the Koi colorway.  She has started the colorwork section for her Downton Pullover.  Her Rav page here. She cast on for the 22 Leaves Shawlette in MadTosh Merino Light in Coquette for her coworker.
Michele has only been working on her Clincher with Spun Right Round sock yarn.

What We're Jonesing For:
Michele is still working on finding her crochet sweater project for the FIFO craft-a-long.  She found the magazine that has the Stripey Spring Cardi by Mari Lynn Patrick.  She also bought Knit Picks Swish DK for the Saturn Sweater by Linda Permann.
Jill has a few new sweater favorites.  She likes the Dark Rainbow Sweater by Emma Welford from the knit.purl Fall/Winter 2015 magazine.  She loves but probably won't make the Painted Desert poncho by Carol Sunday.  Colorwork poncho!  She's queued the Yellow Gold Pullover by Linda Marveng in the Interweave Fall 2015.

Come join us for our First-In-First-Out Craft-a-long!  Pick a pattern or yarn that you've been wanting to work with for a long time but keep putting off!  We started the CAL on August 1 and will be going until October 1.  Plenty of time to get a project started and finished!


Uppers and Downers:
In the Unlikely Event by Judy Blume
The Girl on the Train by Paula Hawkins
Galapagos by Kurt Vonnegut
BMW I8
Far From the Maddening Crowd by Thomas Hardy
Anna Akana videos
Coconut Coffee
Transparent on Amazon streaming
Project Runway on Lifetime
So You Think You Can Dance on FOX
Yarnderwoman podcast
Posted by Jill at 8:24 PM No comments: 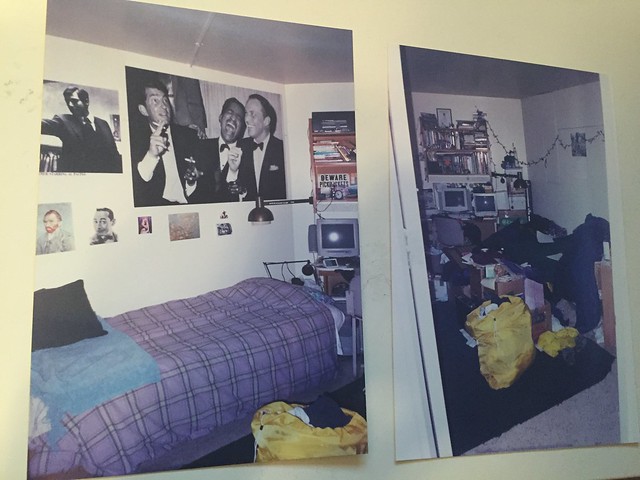 That is my side of the tiny dorm room on the left, and her side on the right.  Taken from different angles.

Our Current Fix:
Jill has finished the Kitefish Shawlette by Leah Coccari-Swift.  Her Ravelry page is here, but she needs pictures!
She tried swatching for Oblique Motion by Jennifer Thompson in Knit Picks Stroll.  She also swatched for Leif by Nick Davis in Gnawled Paw Splendid Sock.  She realized she didn't have enough Palette for her Paper Dolls pullover.  But she finally started the Downton Pullover by Amy Keefer from the Interweave Knits Fall 2012 magazine in Knit Picks Capretta in Pesto and KP Bare Hare.
Michele has finished two Easy Crocheted Dishcloths from the pattern by Cheri Mancini in Sugar 'n' Cream and Peaches 'n' Cream cotton.  She also made a hat from the Vanna's Tapestry in Peru using the Easy Slouchy Hat pattern.  Her Rav page is here.

What We're Jonesing For:
Michele is making plans for the Saturn Sweater by Linda Permann from Interweave Crochet Fall 2012 out of Knit Picks Swish.  She could also do the Bistro Shawlette for the Craft-a-long.
Jill doesn't have anything she's jonesing for after all that swatching.

Join us for our First-In-First Out Craft-a-long!  It started on August 1, and will run until October 1!

Uppers and Downers:
The Martian by Andy Weir
The Girl on the Train by Paula Hawkins
Galapagos by Kurt Vonnegut
Michele's favorite new board games:
Sheriff of Nottingham
Pandemic
Dixit
Dead of Winter

Other Links:
Annual Dishcloth Swap - you have until August 28!