Jill had such a good time in Barcelona!  She does a long recap of the trip, so stop after the first half if you don't care. :)

My Current Fix:
Jill only brought Marklee by Elizabeth Doherty in Invictus Yarns Reward in the Contemplate colorway.  She's back to being monogamous to her Lobelia (by Meghan Fernandes) and Pop Crop Cardi (by Ambah O'Brien) mash-up using her friend Jessie's handspun Mork Made fiber.  Her Rav page here.  She did a row or two on a Scintillation star by Hunter Hammersen.  She keeps meaning to cast on Gnome de Plume/Gnome MKAL by Sarah Schira, but hasn't managed to yet!

What I'm Jonesing For:
Jill loves the Soldotna Crop by Caitlin Hunter.  She's also into the Bouquet sweater by Junko Okamoto.  She likes the Autumn Gold Shawl by Jayalakshmi, along with some of her other new shawls.  Jill bought the Lyne Socks by Dawn Henderson, because they are cute but also because the proceeds were going to the family of victims of the mosque shooting in Christchurch. 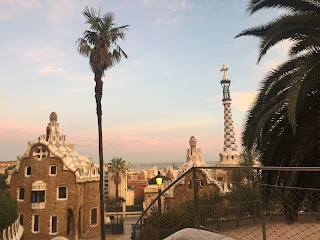 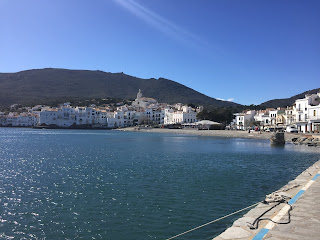 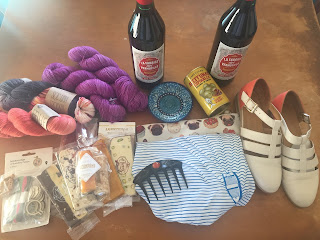