There's a lot of chatter in this one.  If you just want knitting content, you can say goodbye after the first 30 minutes!

Our Current Fix:
Michele finished her hat!  It was the Tyson Beanie by Robyn Devine in Red Heart Team Spirit.  Her Rav page here.  She also started her Cascade baby cardigan by Raya Budrevich in Red Heart With Love. 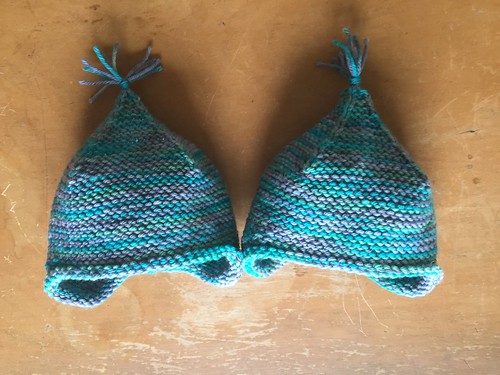 What We're Jonesing For:
Michele is liking colorwork hats.  She loves the Revespor Lue fox hat by Berit Lokken.  She's also into The Force Awakens Hat by Mrs Luedeke LLC.
Jill is into Ningyo, a colorwork cowl, by Thea Eschliman.  She also likes Gocce by Paola Albergamo in the Knitty Spring & Summer 2016.